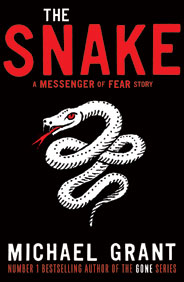 “You have done wrong. You must first acknowledge the wrong, and then you must atone . . .”

Schoolteacher Lisa Bayless is dead, murdered. She had sinned, and now she has paid for her sin with her life. But with the police ignorant that a murder has taken place, who will punish her killer? The Messenger of Fear and his apprentice Mara exist to ensure that a higher balance is maintained.

What they uncover is a twisted web of lust and vengeance, and what they must ensure is that the ultimate price is paid. Lisa’s murderer thinks he already knows the meaning of fear. But until now, he’s had no idea . . .

An original e-story only available online.